Lottoland Give Away World Record €90 Million to ONE Player for Lotto Bet!

Guinness World Records have confirmed that the €90 million (£79 million) prize awarded by Lottoland to a lucky German player is the biggest largest online gambling pay-out in history.

Some believe this will see a surge of business for Lottoland with previously sceptical customers getting official reassurance on the Lottoland payout model.

Christina learned of her win in the middle of a night shift and quit her job on the spot.

It was just her second-ever bet at Lottoland – with the company having given away over eight prizes of £1 million to its players.She won her first bet at Lottoland too, although that €8.62 prize now pales in comparison to the second one!

Despite not being one of the more popular lotteries in the UK, EuroJackpot is Europe’s second biggest lottery and is one of dozens of international lotteries available to bet on at Lottoland. EuroJackpot draws take place every Friday night in Helsinki.

Founded in 2013, Lottoland is a lottery betting company that allows players to bet on the biggest and best lottery jackpots in the world.

Players betting on the outcome of lotteries at Lottoland pick their lucky numbers and place a bet like normal, with Lottoland matching the same prizes found on the official draw (including the jackpot), but instead pays out customers directly – using their insurance-based business model. For all intents and purposes, the player experience is the same as buying an official lottery ticket. (It is important to note that there aren't the same contributions to good causes).

Speaking on her win, Christina said, "I couldn’t believe it. I’m still in shock to be honest. It’s a lot to take in, but I’m so happy to finally be able to look after my mum and the rest of my family."

Christina has always dreamed of travelling to different countries and she is now planning to drive coast-to-coast across America in a camper van.

The €90 million (£79 million) prize has also now been confirmed as the largest online gambling pay-out in history by the Guinness World Records, with Lottoland receiving an official certificate to mark the achievement.

The huge win has now taken the total prizes awarded to players by Lottoland to over €1 billion – a remarkable feat for a company which is just five years old.

Lottoland also offers a range of scratchcard games (with jackpots up to £10 million) and a new instant win "Bingo Jackpot" game that offers an enormous £30 million top prize.

Creating a Lottoland account is quick and easy. Once you’ve done so, you can start betting on the biggest lottery jackpots from around the world, including EuroJackpot

and America's record-breaking duo of MegaMillions and PowerBall.

This offer gives you 3 Free Irish Lotto bets when you place a bet on Irish Lotto. Players need to enter this promo code when claiming the offer: COMPARELOTTOIL. This offer is available to claim until 23:59 CET on 31.12. 2020. Can be claimed only once. Players must be aged 18 or over. BeGambleAware.org. This offer is subject to Jackpot.com Terms and Conditions.

Lottoland
3 Irish Lotto lines for only £0.99

Get 3 Irish Lotto Bet for just £0.99 a saving of £5.01. This promotion expires on 31st December 2023 at 23:59 GMT. This promotion newly registered players only. The player must be logged in to claim the offer. This offer is redeemable 1 time per player. + 18 years BeGambleAware.org. Full terms and conditions apply.

Comparethelotto.com was started in 2012 with the aim of finding lottery customers the best odds, offers and information.
Read More » 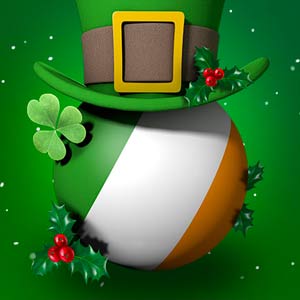 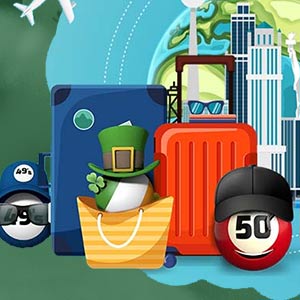