Take me to Betfred
I don't care, I want to sign up to Coral

Take me to Betfred
I don't care, I want to sign up
to William Hill

This offer is available to new players buying the Welcome Games Bundle. No strings attached on any winnings.
New customers can try our best games and enjoy 50% off. You'll get 100 spins across 3 of our most popular games!
This offer is limited to one per new customer.
Free Spins you purchase will be available for play under Games.
The number of spins you purchase are locked at the stated level until completed.
See full Lottomart terms & conditions.

Use the table below to find the best odds for the Irish Lotto. For three numbers the odds vary from 610/1 to 700/1. Read More

By using Comparethelotto.com you could make an extra £90! By understanding why to bet on the lotto rather than buy a ticket you could be making an extra £615 for three numbers!

Use the table below to find the best odds for the Irish Lotto. For three numbers the odds vary from 600/1 to 700/1, by using Comparethelotto.com you could make an extra £100! By understanding why to bet on the lotto rather than buy a ticket you could be making an extra £615 for three numbers!

* Odds Disclaimer: The displayed odds are intended as a guide only and whilst we work hard to ensure they're up to date, they are subject to change from the operators. Odds correct as of 08/01/2021. Please always check odds on the betting operator site before placing any bets. #Ad. Find out more on our How Our Site Works page.
† Results Disclaimer: Please be aware that results displayed are for info purposes only and whilst we always try to ensure they are accurate and up to date, we recommend always checking with the official lotto provider. We are not liable for any inaccuracies displayed.

About the Irish Lotto

The Irish Lotto or National Lottery in Ireland launched in 1987 and is the country’s state Lotto. It is hugely popular with a whopping two thirds of adults in Ireland claiming to regularly play Lotto games and millions from all over the world betting on it.

The Irish Lotto is drawn twice weekly on Wednesday and Saturday evenings at 19:45pm (GMT). (Normally you need to have your bets placed between 15-30 minutes before the draw takes place) 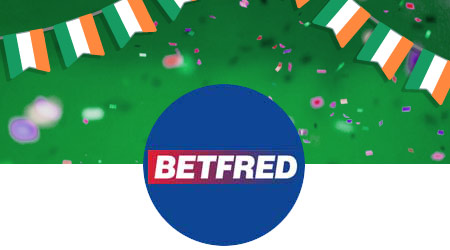 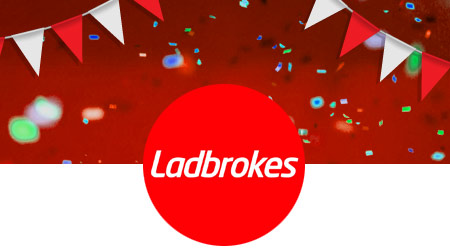 How does the draw work?

In the main draw, six numbers and an additional bonus ball are drawn from a pot of balls numbered from 1-47. The Plus 1 and Plus 2 draws have exactly the same format and take place right after the main draw.

When is the Irish Lotto drawn?

The Irish Lotto is drawn every Wednesday and Saturday at around 20:00 GMT.(The Plus 1 and Plus 2 draws are immediatedly after)

What time must I have my bets placed by?

Although it varies with companies, typically you'll need to place your bets by 19:45.(Around 15 minutes before the draw)

How many balls do I have to bet on?

The choice is yours. You can bet on between 1 and 5 balls being drawn from the main 6 or 7 (if you want to include the bonus ball) This flexibility is one of the reason betting on the lotteries is so popular.

If I bet on a number being drawn and it is drawn as the bonus ball - do I win?

You can choose whether you want the bonus ball to be included or not. In our odds table above - choose With or Without the Bonus Ball to see the different odds. The odds/Payout is lower when you choose With the Bonus Ball as it is easier!

Is it safe and secure to register, deposit and bet on The Irish Lotto?

It is extremely safe as our featured companies are large, reputable companies with secure data and payment techonologies.

Are the betting companies regulated?

All of the betting companies listed above are fully regulated by the UK Gambling Commission http://www.gamblingcommission.gov.uk

Is it legal to bet on the Irish Lotto?

It is entirely legal to bet on the Irish lotto from any country where lotto betting is permitted. You can see a full list of eligibile coutries on all the company website.

Can I bet on the Irish Lotto if I don't live in Ireland?

As above - there is no requirement to live in Ireland for betting on the lotto. You can bet on the Irish Lotto from any country where lottery betting is permitted.

How old do I have to be to bet on the Irish Lotto?

What is the maximum bet payout on the Irish Lotto?

This varies with different companies. With Betfred it is listed as £150,000 however we know they have actually paid out more than this

What is the minimum bet I can make?

This varies bookmaker to bookmaker, for example, Ladbrokes is £0.10 per line whereas William Hill is £0.01 per line. Read our bookmaker reviews to see by bookmaker.

What changes were made to the Irish Lotto?

Our article here should help explain it: http://www.comparethelotto.com/news-new-irish-lotto-odds

How do the odds of buying a ticket compare to betting?

Our odds tables above tell you what odds/payout you'll get from betting. Read this article to understand the odds with ticket buying

What payment methods are accepted for betting on the Irish Lotto?

Do I have to pay taxes on my winnings from betting on the Irish Lotto?

The short and sweet answer is there is no tax at all to pay on either gambling winnings or stakes in the UK (if you are not based in the UK please check your local jurisdiction).

The larger or smaller odds offered simply represent the profit/margin that the different companies want to make.
So Company A offering 110,000/1 on 5 balls has a higher theoretical profit margin compared to Company B offering 150,000/1 i.e. Company B are potentially giving more of the money staked by all their customers, back to the customers in winnings. Company A hope to retain more in profits.

Am I betting on the same Lotto with the different companies?

Yes. E.g.: If it says Irish Lotto, then you’re betting on the official Irish Lotto. The probability of you winning is of course exactly the same, regardless of who you bet with.

Comparethelotto.com was started in May 2012 with the aim of finding lottery betting customers the best possible deals.
Read More »